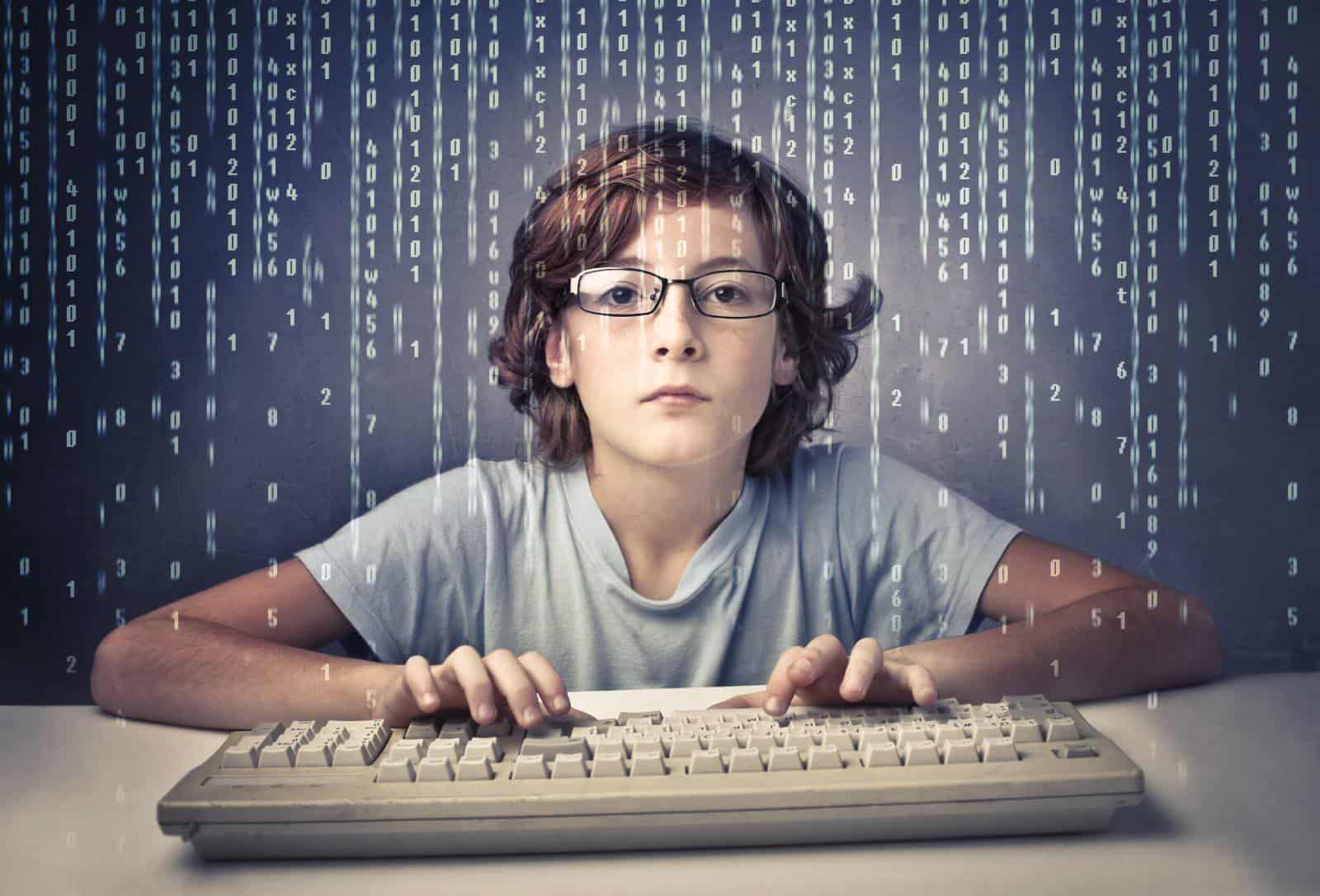 With an increased focus on technology in our world, coding has become an important subject for everyone to understand. Worldwide, schools are introducing coding in their classrooms, and students are being taught the basic concepts of coding from an early age. There are so many reasons that coding is important to learn, and the benefits extend beyond the computer.

The workforce is shifting and individuals with skills in computer science and computer programming are highly valued and sought after. The earlier children learn to code, the better their chance at success.

So what exactly is coding? Coding is essentially the process of giving computers instructions in a language that they understand. Unlike humans, computers are not naturally smart. They need to be given very specific instructions in a language designed for them understand. In fact, at their most basic level, computers interpret instructions using binary code, where the only options are only 1 or 0. As you can imagine, it takes a whole lot of 1s and 0s to store even something as simple as an image on your computer screen.

How is coding used?

Where is programming used?

Programming is used in a variety of different industries and areas, from entertainment to space exploration.

Some examples of where programming is used can be found below:

How does coding work?

Coding is the process of writing instructions for a computer to follow. It’s kind of like a recipe, but for a computer. The instructions tell the computer what to do and in what order to do it. Coding languages are very precise, logical, and often require great attention to detail.

Computers need instructions that are very detailed and that also account for all kinds of possible scenarios. Imagine going to the store to pick up some milk. When we go to pick up milk we are making lots of small decisions we likely aren’t even aware of. We may take a different route due to construction, we may buy a certain brand because it’s cheaper, or we may buy two gallons because they are on sale. And wait! What if the store is closed? We likely know a list of nearby stores to try next.

Computers aren’t able to make these decisions unless we specifically tell them what to do. This is why coding is so complicated. There are a lot of scenarios to consider when building even a simple algorithm.

What are the benefits of learning coding?

The benefits of learning to code are immense. Jobs in web development, web design and software engineering are skyrocketing in the tech sector. Not only are skills in computer programming highly sought after in the workplace, but coding teaches many skills beyond the computer.

Benefits of coding include:

3 Reasons to Learn to Code Now

Reason 1: The demand for coders is high

Reason 2: It teaches you to think logically

Reason 3: Provides a skill that will be relevant for many years to come.

What are the basic concepts of coding?

Children as young as 5 can understand the basic concepts of coding! These concepts include:

Decomposition is the process of breaking large tasks into smaller and more manageable chunks. It can really help to make coding easier for developers — and it also makes it more organized!

An algorithm is a list of instructions on how to solve a problem. In coding, these solutions are written by programmers and execute automatically to perform tasks.

A sequence is an ordered list of commands that tell a computer what to do. You can use sequences for looping and storing data in coding.

Programming loops are a sequence of instructions that are carried out repeatedly until a certain condition is reached. Loops are used to make programs more efficient and effective.

Branching is a technique that the programmer can use to create choices in code. They’re used for making code adaptable & responsive to input from the user.

Decompose is a process of breaking a large task into smaller, manageable tasks to make coding easier and more organised. This will help developers save time and effort.

Debugging is an important part of the programming process that allows programmers to fix any errors or mistakes they may have made.

Visit our article on the basic concepts of coding to learn more about these important coding concepts.

So what does computer code look like in real life?

Here is an example of a simple stretch of code in Python. Can you figure out what it means?

Hint! You will see the following when you run this code.

Python is a language with a cleaner and more accessible design than other programming languages. It’s syntax can be easier to learn for people who are new to coding.

To learn how to create this yourself check out our Python Tutorial for Kids.

How to get started learning to code

Learning to code is not as hard as it seems. There are many resources available to help you get started.

You can find a lot of free tutorials online that will teach you how to code. You can check out our basic Python tutorial here. You can also find some YouTube channels that provide long-form video tutorials on the topic. Additionally, there are quite a few online coding courses that can offer you the necessary skillset in a short amount of time.

Additionally, there are plenty of books on programming for beginners in your local bookstore or library.

What are programming languages and which one should I learn?

Text-based coding languages are what is used to program the majority of the apps, games and software we use daily. Text-based progamming languages typically have a lot of rules, and take a lot of practice to become proficient. Just like a string of christmas lights, if there is one mistake, or broken bulb, the whole program may not function!

Examples of text-based coding languages include:

Python is one of the easier computer coding languages to learn for beginners. Check out our beginners guide to Python here.

Free apps and websites to get started coding

The good news is that it is easy to get started with learning to code for free at home. There are a variety of free apps and websites to help students of all ages learn to code.

You can read our full article on the top coding apps for kids.

Some of our favourites are:

There are also a variety of free websites where you can learn to code:

When teaching kids to code, it’s best to start out unplugged. We have created several fun and engaging unplugged coding activities to teach the basics of coding without a screen.

Examples of our activities include:

One way to get started with coding is by participating in the Hour of Code week. We have included a list of some of the best free Hour of Code activities here.

You can also check our our Hour of Code Worksheets for the classroom. Our worksheets include activities on decomposition, loops, sequence, branching, variables algorithms and debugging.

What is coding and how does it work?

Coding is the process of giving a computer instructions in a language it understands. Computer programmers write these instructions as computer code and this allows computers to run complex programs.

What is an example of coding?

Here’s a simple example of computer code. In the programming language Python, we can get the computer to say ‘Hello, World’ by writing the following line of code: print('Hello World')

Put simply, coding is a process of creating instructions for a computer to follow. These instructions are a type of language that humans use to communicate with machines.

How do I learn to code?

There are many ways to get started learning to code. You can learn to code with apps, courses, free websites and even YouTube tutorials.

Most parents agree that there are advantages of technology in education. Of course, we want our kids to be digitally literate, but we also worry that our about our children are becoming too focused on…

Coding for kids has become popular as we are learning more about the benefits that learning to code can have on early learning. But as we know, children learn best when they are interested, engaged,…

Why is digital literacy important? With the advancement in technology over the years, we now live in a world that is both enriched and burdened by computers and gadgets. The domination of technology in our…

If you are in education, you know how much focus is placed on student learning. That’s kind of the point of the job, right? But what does learning actually mean? Are we talking about taking…

It’s no secret that kids don’t like to do their homework! In fact, many of them probably would not do it at all if it weren’t for their parents. When children have good habits for… 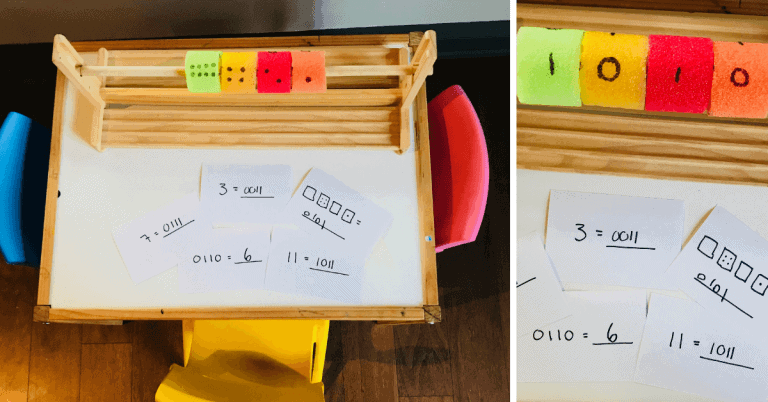 Let’s talk about binary numbers! Today, I am going to be reviewing a simple activity to help students as young as age 4 learn about the binary number system. This learning corner activity is perfect…